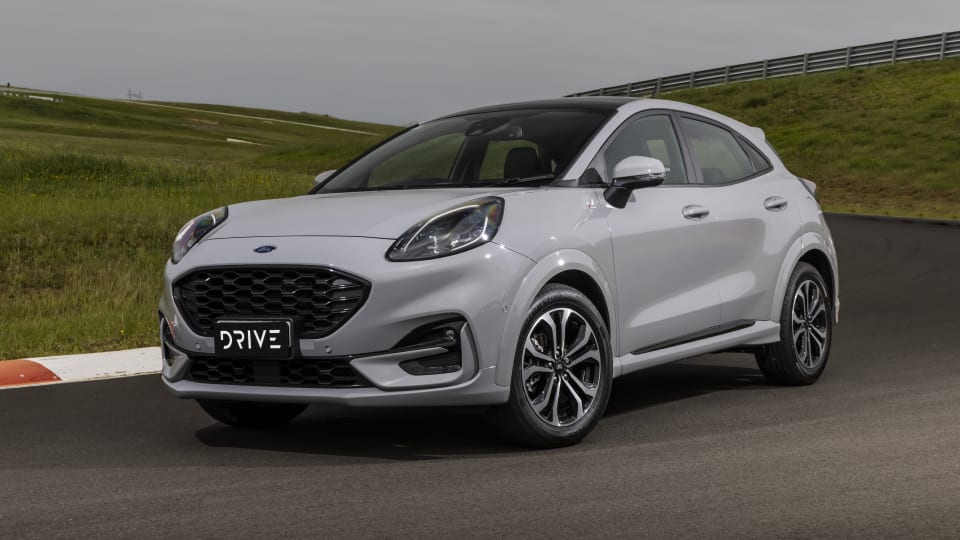 Buyers are becoming spoilt for good choices in a segment featuring the smallest and most affordable SUVs.

Such is the proliferation of compact SUVs these days that official industry sales split them into two camps: Light SUV and Small SUV. And for 2021, Drive Car of the Year has done the same.

Here we focus on the ‘Light’ SUV that is typically based on city-sized cars, and which in 2020 saw a whole range of newbies arrive – including the Ford Puma, Nissan Juke and Volkswagen T-Cross that are among our contenders. They go into the mix with the Hyundai Venue, which in 2019 replaced the Accent as Hyundai’s entry-level vehicle.

The second-generation Juke remains boldly styled like the original, though it brings a gain in cabin size, improved interior quality, a larger-than-average boot and a likeable engine.

With some issues around its ride comfort and dual-clutch auto, however, as well as an average infotainment system, the Juke missed the Finalists cut. This left the Puma, T-Cross and Venue to duke it out for honours.

The Puma, a Ford of Europe creation that replaces the Indian-built EcoSport in the company’s line-up, has relatively high pricing for a vehicle based on the Fiesta city car.

Ford Australia, however, has ensured the crossover – it’s more high-riding hatchback than proper small SUV – is well equipped from the base model upwards.

This includes wireless charging and a strong suite of safety technology that includes the particularly useful speed-sign notification that helps drivers avoid going over the prevailing limit.

A well-presented interior gains sportier touches for the mid-range and top-spec ST-Line and ST-Line V.

Rear-seat space isn’t generous for adults but easily accommodates kids, while owners/parents will appreciate the practicality of the Puma’s cleverly versatile boot.

On the road, the Ford Puma is a delight to drive whether you’re motoring around town or along a country road. This is primarily thanks to its disciplined damping and eager steering.

And although there’s only one drivetrain offered, it’s the best in the segment – a 1.0-litre turbocharged three-cylinder and seven-speed dual-clutch auto combination that delivers surprisingly perky performance.