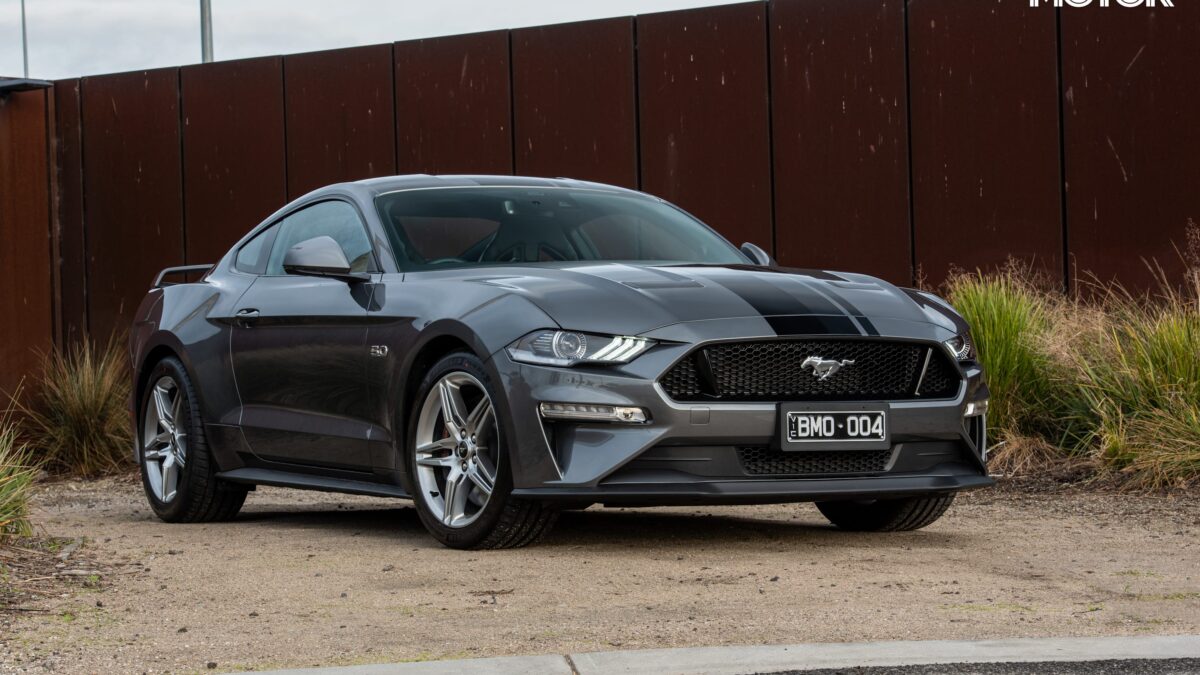 When the new Ford Mustang landed in our fair nation back in 2015, few could have predicted its runaway success. The local Blue Oval outpost initially expected to sell about 1000 units a year but quickly found demand far outstripped supply, with a waiting list of over 12 months rapidly established. It’s a mainstay on the sales charts and comfortably owns the affordable sports car segment in pure volume, having sold over 20,000 examples locally since its introduction.

The Mustang GT coupe with the 10-speed automatic is the most popular item on the Ford Performance menu.

Despite six years on sale, and thousands sold all over Australia, the fact that a consistent 400-odd people, in any given month, are putting new Mustangs on the road is a testament to the car’s enduring appeal.

Central to that appeal, of course, is the Mustang’s free-breathing 5.0-litre Coyote V8. In current trim, the powerhouse pumps out 339kW/556Nm, a 33kW/26Nm improvement over the pre-facelift model which was superseded in 2018.

The significant mid-life update also introduced the 10-speed auto, along with a sharp new front end and a big step up in cabin materials and tech.

The soundtrack also hammers home those modified muscle car vibes. There’s a subtle driveline whine that’s audible from the outside at low speeds, and the standard-fit bimodal exhaust is a genuinely loud and smile-inducing unit. It sounds great anywhere on the digital wraparound tachometer and, one would think, renders the need for an aftermarket system moot for all but the most antisocial of owners.

The engine is a hugely flexible and effective unit, with deep reserves of power and torque to call upon anywhere in the range. Quick exits from traffic lights or gaps in traffic are easily exploited with the headline 556Nm delivered at 4600rpm. Power continues to build until the Mustang’s maximum 339kW is deployed at an impressive 7000rpm peak.

Bundled with the popular 10-speed automatic option, the Mustang GT will happily trot around town with ease. The six-speed manual is worth a look if you’re curious, and boasts a burly and solid shift action with an effective rev-matching feature, but possesses very tall gearing.

Six years on, the world has changed greatly since we were first introduced to the Mustang we know today, yet it continues to nail its brief in delivering an entertaining, liveable and lovable muscle car.

Revisiting ‘Australia’s favourite sports car’ for 2021, it’s a stark reminder on why people all over the country have fallen for the Mustang GT. It remains a rolling reminder for the way things used to be and, for many in today’s brave new world, that’s worth the price of admission alone.

This article originally featured on whichcar.com.au and can be viewed here.