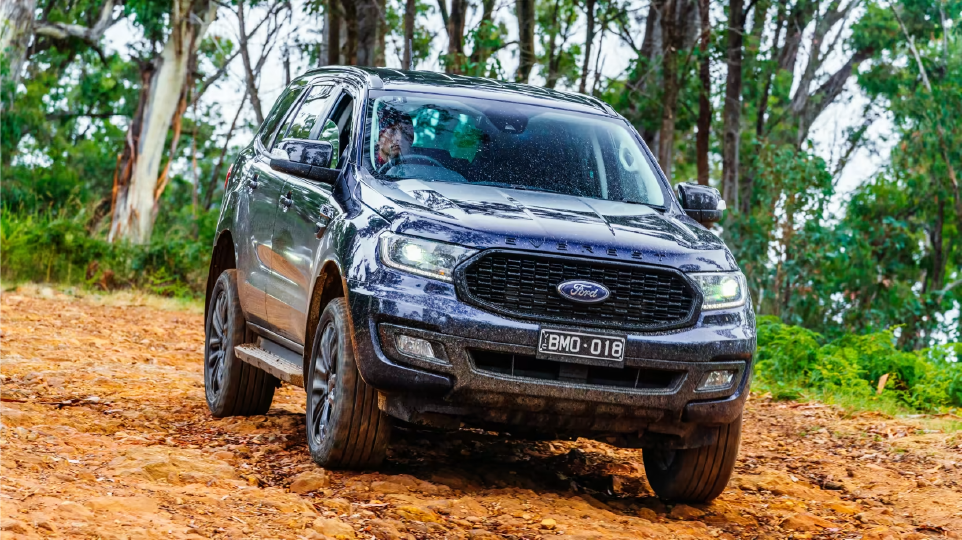 So, you like going on adventures beyond the bitumen, but you don’t have the finances to afford a dedicated holiday vehicle. What’s the right steed for you that combines weekday practicalities with weekend escapes: A dual-cab ute with four-wheel drive or an offroad wagon with four-wheel drive?

Dual-cab utes are hugely popular. Three of the five best-selling vehicles in Australia are dual-cab 4x4s. Six of these rugged workhorses are in the top 20. Conversely, large 4×4 wagons similar in size and mechanical makeup to dual-cabs are not as popular, although there are three listed in the top 40 by sales year to date.

Noise, vibration and harshness (NVH) is an industry term for how well a vehicle separates occupants from the mechanical operations. Things like isolating the engine’s vibrations and harshness from the chassis to which it is mounted (and to which the cabin is also mounted). We’re also talking about noises generated by the car’s motion such as tyre roar, wind noise, and engine and exhaust noise.

Wind noise will be noticeably louder for back seat ute passengers because airflow becomes turbulent where the cabin ends, right behind their heads. In the wagon, airflow detaches from the cabin back behind the cargo area so is less noticeable.

The Ranger XLT 4×4 dual-cab utility can carry a payload of up to 1003kg or tow up to 3500kg, but the Everest Sport wagon can only carry 683kg of people and luggage or tow up to 3100kg (with the 2.0-litre twin turbo diesel). It also means that the Ranger’s on road and off road ride is firmer and more reactive over rough terrain than the Everest’s.

Combine these suspension differences with the ute’s longer wheelbase and on-road dynamics are generally better in the wagon than the ute. The wagon’s steering tends to be quicker and more responsive, too, and the turning circle is tighter as evidenced by the Everest’s 11.7m compared to the Ranger’s 12.7m.

This means the wagon will also be easier to manoeuvre around town and in tight situations like parking.

Because the wagons we’re looking at here are largely based on their ute brothers, the four-wheel-drive system is often identical, although electronic assistance systems and suspension setups may have been modified for wheelbase and weight differences. In reality, this means that any advantage in tricky situations will primarily come down to tyre choice.

The wagon’s slightly softer coil-sprung suspension tune may translate to better bump absorption and traction on choppy tracks than the ute’s leaf-sprung rear end. The wagon’s shorter wheelbase will give the vehicle a slightly better rampover angle, too, but the ute’s higher ride height equates to better ground clearance (237mm for the Ranger ute v 227mm for the Everest).

Similar front overhangs means approach angles are close enough to make no difference (27deg for Ranger and 27.5deg for Everest), but the ute’s longer rear overhang (1226mm v 1136mm) gives it a worse departure angle (21deg v 25deg), so from that point of view the wagon is better.

Ford claims a combined fuel economy of 7.0L/100km for the Everest Sport with 2.0-litre twin turbo diesel, and 8.0L/100km for the Ranger with the same engine. In reality you won’t get near those figures, especially off road. But in relative terms the Everest will go further than the Ranger on a full tank (both have 80 litre tanks).

Originally featured on drive.com.au, a more detailed guide can be viewed here.